TEXT2GIVE – GIVE TO OUR PARISH IN SECONDS LEARN MORE

So much changes in just one week. Last week re-opening the Church for the celebra- tion of Mass and the Sacraments was my major concern (and it still remains that way). But this week, the safety of people and build- ings and property has become a priority as well. I am writing this letter on Thursday morning, prior to the rally in Memorial Park on Thursday afternoon. Let me offer my re- flections about the recent events we have experienced as a nation.

All lives matter. That is a fundamental teaching of our Catholic faith. Regardless of race, ethnicity, language, gender, creed, reli- gion, stage of life – all human life has dignity from the moment of conception to the moment of natural death. This is not news for anyone who has been a part of our Church.

When there is injustice, inequality, bias, prejudice, or brutality, they must be con- demned as the sins they are.

We belong to a religion, whose leader – the Savior of the World, the Second Person of the Blessed Trinity – was a young man who was violently, unjustly and unnecessarily killed by brutal authorities. Regrettably that same scenario has been played out throughout history – even to our own day.

The result of Jesus’ death was NOT violence, hate and destruction. It was a call to change (conversion) and new life. That’s what we must continue to look for:
* Peaceful change in systems that tolerate prejudice and bias and unfair and unequal treatment of people.
* Change that recognizes the inherent dignity of every human person as a beloved child of God.
* Change that begins in my own heart, uproot- ing my own sins of prejudice and bias.

One of the symbolic gestures of this recent movement has been “to take a knee.”
As a praying man, I have no problem with tak- ing a knee—in fact, I should do it more often.

I take a knee to acknowledge my need for God. I take a knee to pray in contrition for my sins, and to petition God for His kingdom to come. A kingdom of justice, love & peace.
“No Justice, No Peace” “Know Justice, Know Peace”
Sometimes bumper stickers offer wisdom.

Church Re-opening
Regrettably, I have nothing new to report to you. Resumption of Masses will take place as soon as we receive permission.

Feast of Corpus Christi
Next weekend is the Feast of Corpus Christi. If we are unable to gather for Mass, we will plan Adoration of the Blessed Sacra- ment in three locations within the parish. More information will be made available via our website, Flocknotes and social media during the week.

Robert is a 28 year old man from the country of Belarus. He speaks five languages – Polish, Russian, Belarussian, Ukrainian, and now English. He has a Master’s degree in Power Engineering.

Robert came to the United States last summer to study for the Priesthood in the Diocese of Rockville Centre. He spent the past year at the Immaculate Conception Residence in Douglaston, while taking English classes from St. John’s University. He is continuing those classes on-line from the rectory during the summer. While he is with us he will also take responsibility for recording and upload- ing our daily and Sunday Masses to YouTube and FaceBook.

We are happy to have him with us and look forward to supporting his vocation.

Praised be the name of Jesus Christ now and forever!
Fr. Tom 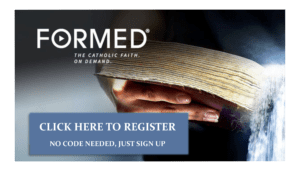 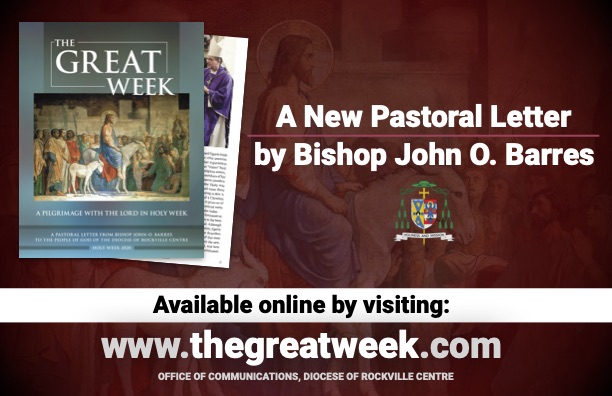 Masses have resumed with the distribution of Holy Communion at the conclusion of Mass.

However, the dispensation from the obligation to attend Mass remains in effect.

The weekend schedule is: